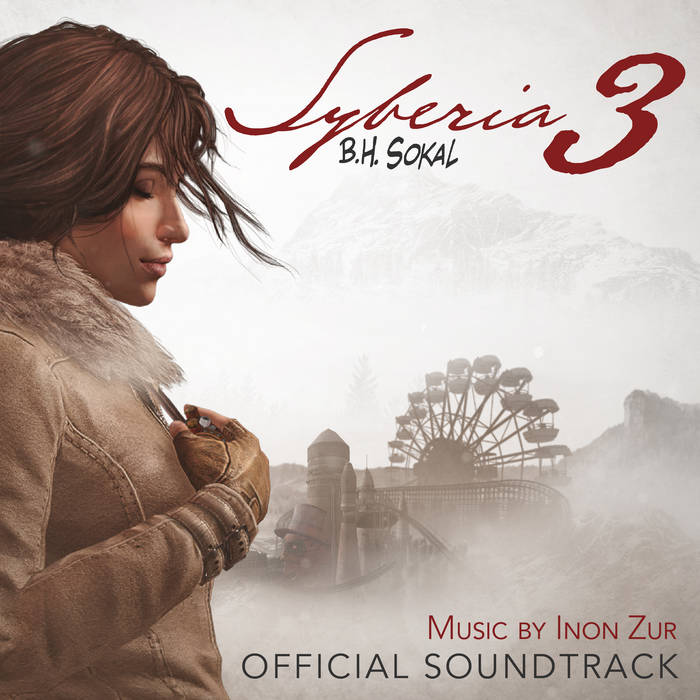 GET YOUR FREE TV

Three-time BAFTA nominated composer Inon Zur is internationally renowned for his emotionally dynamic original music scores for film, television and popular video game franchises, such as the Fallout series, the Dragon Age series, Disney's Fantasia, the Prince of Persia series, as well as his soundtrack for Syberia 2 and now Syberia 3.

“For Syberia 3 I was inspired by the game’s heroic personal story about a woman [Kate Walker] from New York who sacrifices her well-being to fight for the Youkol tribe against dark eastern European forces. The musical score blends traditional orchestra with eastern European sounds to reflect this unusual, unique story, and Benoit Sokal’s signature artistic vision.” - Inon Zur

“Renowned composer Inon Zur (whose background includes the 3D Fallout games, Dragon Age series, and even Syberia 2) delivers incredibly rich and memorable music. The beating percussion uplifts a sharp orchestra that exudes infectious melodies and harmonies, driving home the feeling of charting unknown territory in remote parts of Eastern Europe. I even found myself unconsciously humming these songs outside of the game. The great music coincides with a cold and grim, yet captivating atmosphere, creating a world that should be lived in.” - GameSpot

“Composer Inon Zur returns for the soundtrack that contains beautiful vocals ranging from the chilling singing of Aeralie Brighton to the eerie chanting of tribal voices…evokes the grand sound you’d find in old Russian symphonies or a spiritual etherealness. And it’s awesome to hear some tracks build with more layers as you get closer to solving key puzzles.” - PushSquare

“Wonderful soundtrack…Its soothing pieces guide the player through their journey and sets tranquil, lonesome and sinister moods depending on the situation. It truly fits the strange, surreal world of Syberia.” - The Koalition

“Inon Zur pulls the strings of a soundtrack that already feels as immersive as it is inspired.” - Jeux Video
credits

Bandcamp Daily  your guide to the world of Bandcamp